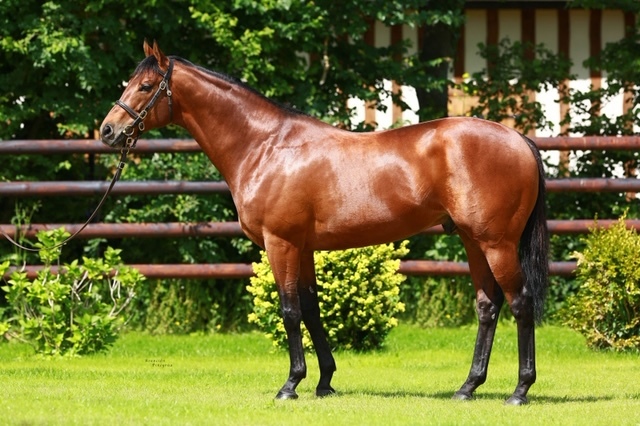 The highest earning son of Danehill Dancer, Planteur, has relocated to Chapel Stud in Worcestershire from France to stand as a National Hunt sire in 2021.

Planteur has been represented by several Stakes performers on the Flat including Trueshan, Domagnano, Plegastell, Manguzi, Over Reacted, Agnes, Golconda, Marinka and Fly d’Aspe from each of his first three crops. He also boasts an impressive winners to runners ratio of 51%.

The thirteen-year-old stood his first five seasons on the Al Shaqab stallion roster, and is now starting to make his mark as a jumps sire. This year Henry Brulard won the Listed Prix Wild Risk hurdle race at Compiegne and Nebuchadnezzar landed the valuable Silver Cup Hurdle at Fakenham.

Won or placed in 12 Group/Stakes races and winning in excess of £2.2 million, Planteur was incredibly consistent at the highest level with victory in the 2011 Group 1 Prix Ganay-Prix Air Mauritius beating Sarafina and Cirrus des Aigles, Group 2 Prix d’Harcourt and Group 2 Prix d’Noailles. He also finished second in the Group 1 Prix d’Ispahan twice and Group 1 Grande Prix de Paris, and was twice third in the Group 1 Dubai World Cup.

From the immediate family of Peintre Celebre out of Plante Rare (Giant’s Causeway), Planteur is a half-brother to Pretty Please (Dylan Thomas), dam of Persian King (Kingman) winner of this year’s Group 1 Prix d’Ispahan and the Group 1 The Emirates Poule d’Essai des Poulains. Plante Rare is a half-sister to Group winners Policy Maker, Pushkin and Place Rouge, and has also produced dual Stakes winner Pilote d’Essai (Oasis Dream). In addition, Pawneese, the outstanding broodmare and winner of the Group 1 Oaks and King George & Queen Elizabeth Stakes, is in the family.

Standing at Chapel Stud on behalf of owner/breeder Simon Davies, following a deal brokered by Richard Venn Bloodstock, Planteur’s 2021 stud fee and terms will be set at a later date.

Chapel Stud director, Roisin Close said: “Planteur is an exciting new opportunity for NH breeders with an exceptional race record and pedigree to match neatly packaged in an attractive, correct and athletic horse with a fantastic temperament. By Danehill Dancer, Planteur will hopefully emulate his paternal brother Jeremy who was an emerging force in the NH scene before his untimely death. We look forward to him joining our other stallions at Chapel Stud.”

Simon Davies said: “I have been looking for a while to find the right NH stallion to stand in Britain to support British Breeding and give owners of broodmares the chance of not only benefiting from the enhanced Great British Bonus scheme but also with a real prospect of achieving graded success from their progeny. It was clear early on that Planteur was going to be suited to being a NH sire and we are really excited about standing a quality NH stallion with Roisin at Chapel Stud who has a first rate facility and the passion to make this a huge coup for British Breeding.”

Alan King, trainer of Trueshan and Nebuchadnezzar, said: “I think Planteur is a very exciting addition to the stallion ranks in the UK. I have two by him and I like both of them. Trueshan could develop into a Cup horse next year and Nebuchadnezzar is a useful handicap hurdler. I will certainly be looking at his stock at future sales and would have no hesitation in sending him a mare.”

Marco Botti, trainer of Planteur, said: “Planteur was a pure athletic horse with a great constitution and a fighter. He was a versatile horse in terms of ground and mentally very tough. His best trip was a mile and a quarter, with plenty of speed and a good turn of foot. He was a pleasure to train.”