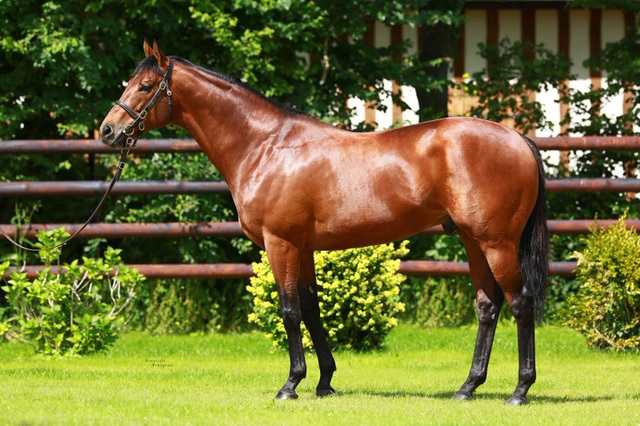 Simon Davies, owner and breeder of stallion Planteur, is delighted to be sponsoring 'The Planteur at Chapel Stud Steeple Chase' on the third day of the prestigious Cheltenham November Meeting.

Planteur stands at Chapel Stud on behalf of owner/breeder Simon Davies, at a nomination fee of £3,000. The owner and breeder of the winner of ‘The Planteur at Chapel Stud Steeple Chase’ at Cheltenham Racecourse on Sunday 15th November will kindly be given a free nomination to send a mare to Planteur as part of their prize.

The stallion has recently relocated to Great Britain from France to stand as a sire at the stud in 2021. His relocation is a real boost for British Breeding, giving owners of broodmares the chance of not only benefiting from the enhanced Great British Bonus scheme but also with a real prospect of achieving graded success from their progeny.

The Great British Bonus Scheme is an industry incentive scheme that offers multiple bonuses of up to £20,000 per eligible race for British-bred fillies and mares. Its aim is to increase the number of British-bred horses in racing and, so, safeguard the future of British breeding.

Planteur’s Owner and breeder, Simon Davies is a huge supporter of the British Breeding industry and is delighted to be able to offer a free nomination to the winning connections of this race.

Simon said: “I am delighted with this new partnership with Cheltenham Racecourse, the Home of Jump Racing to promote our exciting stallion’s move to England.

Planteur is a significant addition to the stallion ranks here and he has lots of exciting progeny coming through. The aim is to get more high-quality stallions standing in England and Planteur definitely meets that criteria.

By providing quality hopefully, it will encourage small and large breeders to utilise GB suffixed stallions and take advantage of the enhanced GBB scheme.”

“It is fantastic that Simon and the team at Chapel Stud are providing such a unique prize for this weekend’s race. The breeding industry is such a crucial part of our sport, so we are delighted to be able to support in any way we can.

“Who knows, maybe the offspring as a result of this weekend’s win will be running at the Home of Jump Racing one day!”

Planteur has been represented by several Stakes performers on the Flat including TRUESHAN, the recent Group 2 QIPCO British Champions Long Distance Cup winner at Ascot trained by Alan King.

He is also now starting to make his mark as a jumps sire. This year HENRY BRULARD won a Listed hurdle race in France and NEBUCHADNEZZAR landed the valuable Silver Cup Hurdle at Fakenham. He also boasts an impressive winners to runners’ ratio of 51%.