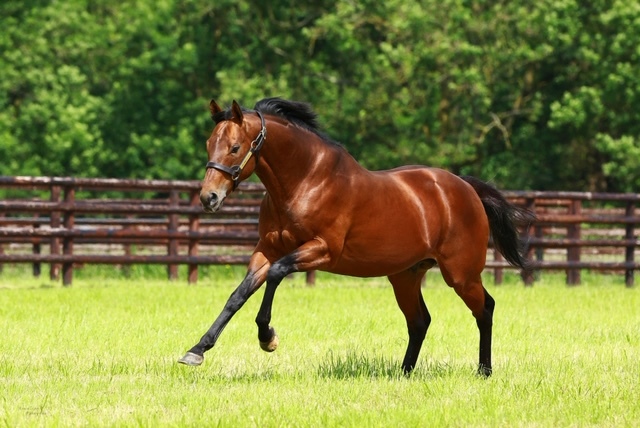 New Gr.2 winner for Planteur with Road To Arc

Planteur’s progeny continued their great form at the weekend with his son Road To Arc landing his first Group win in the Gr.2 Premio del Jockey Club over 2400m in Rome for owner Ferdinando Fratini.

The French-bred four-year-old settled in the small field as the German colt Alter Adler tracked the pace set by Mooney Love. Alter Adler headed Mooney Love with 200m to run, Road To Arc then switched to the outside and got up to beat him by half a length.

The winning trainer Jérôme Reynier said: “Road To Arc joined my stable in July and we gave him plenty of time. We have another Listed race later in the season at Toulouse and I have already run him in a Listed at Strasbourg. I had a couple of options in conditions races at home, but in the end I decided to run in this Gr.2.

“I really did not expect to win, but I am pleased for the owner Ferdinando Fratini and for jockey Antonio Orani. Road To Arc will have an easy winter and next season he could develop into a smart performer over 2400m and beyond.”

Road To Arc was adding to his Stakes form having also won the Listed Premio Conte Felice Scheibler over 2000m in Rome.

Bred by Haras du Mondant, he is the second Stakes performer for his dam First Choice (Exit To Nowhere), who is from the family of the Gr.1 Prix de l’Arc de Triomphe hero and young sire Sottsass (Siyouni) and the US Champion turf mare Sistercharlie (Myboycharlie).

Road To Arc is the second Group winner by Planteur, who has had a great season led by leading stayer Trueshan. Recent winner of the Gr.2 QIPCO British Champions Long Distance Cup for a second year, having won the Gr.1 Qatar Prix du Cadran and Gr.1 Al Shaqab Goodwood Cup earlier this season for trainer Alan King and the Singula Partnership.