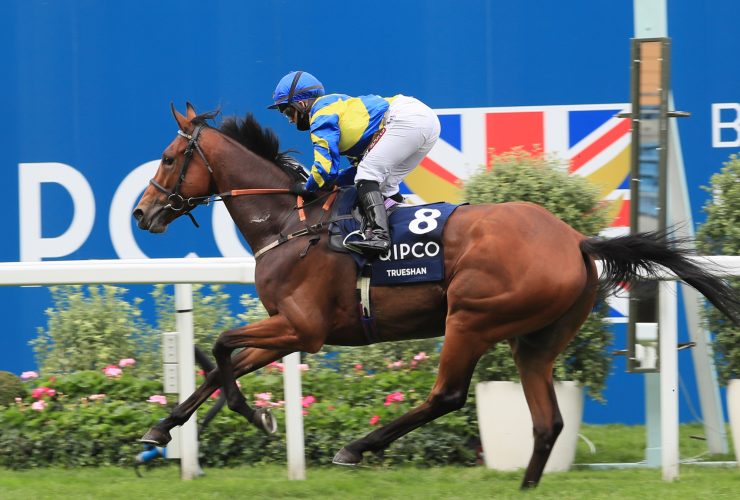 2021 dual Gr.1 winner Trueshan proved himself a true Champion stayer today in battling past the best stayers in Europe again to another thrilling victory in the Gr.2 QIPCO British Champions Long Distance Cup at Ascot Racecourse.

Doyle said: “It’s an amazing feeling and all credit to Alan [King] and the owners for putting me back on. He's so brave, to back up like he's done today, it's just amazing. I would love to try and live the dream again next year and hopefully he'll be a stronger horse.”

Trainer Alan King said: "I haven't been this nervous for a long time. I was just a bit nervous that it had only been two weeks since France. He had to be very tough today. Let's hope we get a wet Royal Ascot as it would be lovely to run him in the Gold Cup. We'll duck and dive and if he keeps doing as well as he doing at the minute then we'll be happy.”

Bred by Didier Blot, Trueshan is a half-brother to four winners in France, out of a winning daughter of General Holme, and is by far the best performer under the first three dams on his page.

His sire Planteur enjoyed great support from breeders in his first season at Chapel Stud this year having relocated from France.